There’s something wonder-ful about miniatures. No matter what our age, they make us focus in on details, in special little worlds, allowing us to imagine ourselves there. For example, it’s miniatures that have fed my desire to live in a house with dormers, a green door, window boxes with pink geraniums, and a white picket fence – the description of my childhood dollhouse. Writer Kathy Witt gives us some road trip inspiration, showing us around The Great American Dollhouse Museum, where we can dream away in one of the most charming places to visit in Kentucky.

Kentucky’s smallest cultural heritage museum is the Great American Dollhouse Museum, the only one of its kind specializing in portraying the social history of the United States through miniature vignettes that narrate the everyday life of ordinary people.

Located about 45 minutes south of Lexington in Danville, Kentucky, this one-of-a-kind treasure has more than 200 intricately detailed dollhouses, miniature buildings and room boxes. All are magnificently arrayed over the vast floorspace within Danville’s historic former National Guard Armory, built in 1939 by the Works Progress Administration (WPA) and featuring 20-foot hardwood ceilings and steel bowstring trusses.

Exhibits include everything from sweet relics made to be played with by generations of children to pristine contemporary artisan pieces, including several by Midwest miniaturist LaVerne Sullivan (known as the “Norman Rockwell of miniaturists”) and Brooke Tucker, whose room boxes are regarded as masterpieces in miniature.

The museum is currently closed due to the COVID-19 pandemic; however, a number of video tours are available on its website, including a welcome from museum director and curator Lori Kagan-Moore, a 1-minute visit, a documentary produced by KET (Kentucky Educational Television) and one featuring the mischievous escapades of dollhouse dweller Gregory, among others.

Learn how people lived, worked, played and did their laundry. See the radios played before TV entered the household and the instruments plucked before radio was a reality. The fashions of the day and struggles that were special to each of the eras depicted also help recount the past along a timeline that begins with a Native American display and moves to the colonial period, the Civil War era, the Old West and the 20th century.

Dollhouse depictions capture the evolution of American cookery and kitchens, from colonial times when meal preparation was a full-time job to early 20th century Sunday dinners to the TV dinners of the mid-1950s and the processed foods of the mid-1970s.

“Time Out for the Soaps,” a room box designed by Laverne Sullivan, features a housewife in her Great Depression-era kitchen resting between chores to tune into a radio soap opera. The “Burgers and Coke” room box, featuring a waiter created by artist Fern Vasi, reflects the popularity of this much-loved staple of the mid-century diner that remains a foodie fave today. 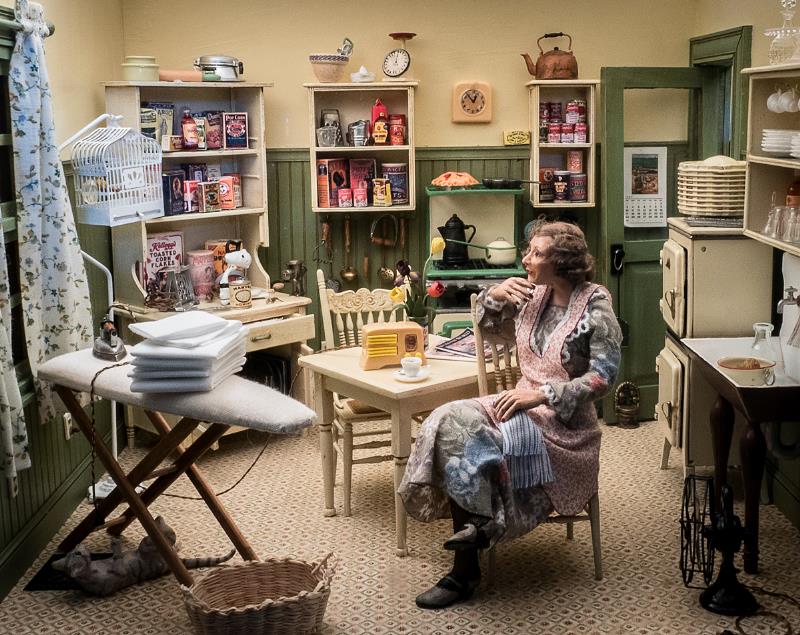 “Time Out for the Soaps” reminds us of a time when entertainment came over the air waves. Photo by Jon Sachs/The Great American Dollhouse Museum.

At the newly completed Copper Hollow Mining Camp, visitors follow the story of a fictional 1910 Kentucky town through miner’s shacks, a company store and coal-laden carts as the miners and their families go about the business of daily life.

“While the museum’s focus is on United States social history in miniature, we have recently concentrated more specifically on depicting Kentucky history,” said Kagan-Moore. “Kentucky history is of special interest to us because our visitors, who come from all over the world, want to learn about the Commonwealth.”

Many displays are educational, like the miniature tobacco auction in progress circa 1915 and an early farm community complete with Mail Pouch tobacco barn, early hay rake, detailed blacksmith shop and a variety of livestock. Others, including one featuring a very mischievous lad named Gregory, caught in the act of dying the family cat with his Easter egg colors, are pure fun.

Currently in progress at the museum is a huge display depicting a medieval quest story anchored by the 10-foot-tall Mummert Castle at Martha’s Mill. Kagan-Moore calls it a “a G-rated version of Lord of the Rings or Game of Thrones.”

The exhibit will feature a river, mill, mountain and cliff, Roman ruins, questers, wizards and many enclaves of interesting creatures.

“This will possibly be the coolest exhibit we’ve ever done,” said Kagan-Moore. “And very timely with our current love of fantasy worlds.”

The Mummert Castle exhibit is expected to be completed by the end of 2020. Once the museum reopens, visitors will be able to see this work-in-progress as it evolves.

Also under the museum’s massive roof is the Miniatures Store, stocked with everything needed for a dollhouse, including vintage metal dollhouses and smaller-scale houses, furniture and furniture kits, artisan-made miniatures and bargain section, home and garden accessories and seasonal treasures.

To learn more about the Great American Dollhouse Museum, call 859-236-1883 or visit www.thedollhousemuseum.com/groups.htm.

Hungry for more? If you’re looking for a taste of authentic Kentucky food, check out Kathy’s article, complete with recipes. Another spot to add to your Kentucky road trip plan is this Japanese friendship garden.

Pin this miniature museum example from The Great American Dollhouse Museum to your road trip idea Pinterest board. 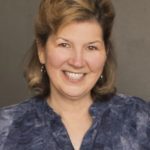 Kathy Witt is an award-winning travel and lifestyle writer whose work appears in a number of publications and outlets. She is the author of several books, including "Secret Cincinnati," the historical novel "The Secret of the Belles,” “Atlanta Georgia: A Photographic Portrait,” “Contemporary American Doll Artists and their Dolls,” and “Doll Directory." Kathy is a member of Authors Guild and Society of American Travel Writers (SATW). She lives in Kentucky.